An alligator named Mr Teeth was apparently guarding a marijuana stash, California officials said Thursday after coming across the 5ft reptile during a routine probation check. Deputies entering Assif Mayar’s home on Wednesday also found 34lb of marijuana valued at an estimated $100,000. Mr Teeth was in a Plexiglass tank nearby.

“We get guard dogs all of the time when we search for grow houses and people stashing away all types of dope. But alligators? You just don’t see that every day,” said Alameda County sergeant JD Nelson.

Mayar, 32, told deputies he got the alligator to commemorate rapper Tupac Shakur’s 1996 death. 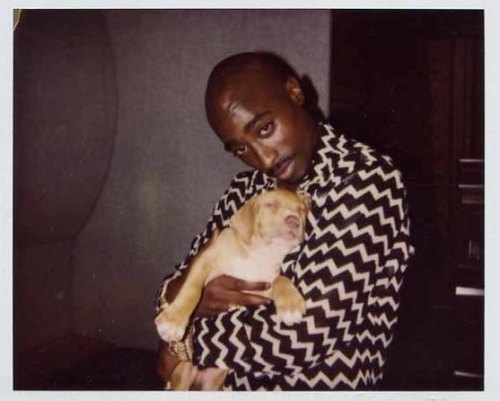 Tagged as Alligator guarding pot stash, animals and representations of toughness, Tupac and a puppy